At Least They Read a Book

At Least They Read a Book 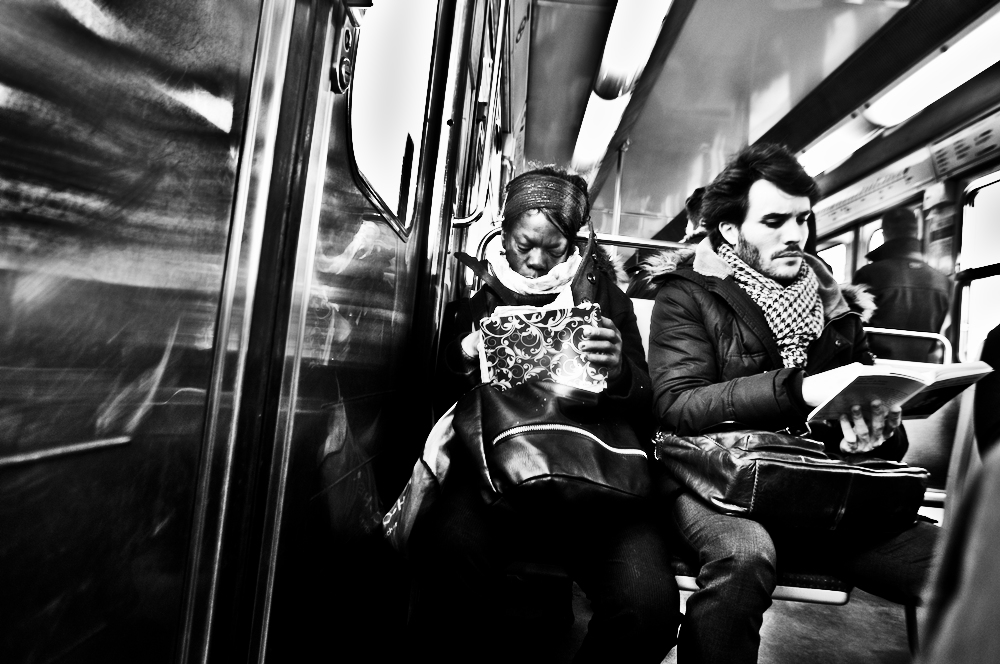 When travelling in the London tube, the Parisian Metro, Budapest’s tram, Seoul’s city transport or any other underground worldwide, there is one common observation: people don’t speak. They “smartphone”, they “SMS”, they “surf”…. they escape for a moment to a digital world, each one in his own “bubble”.

Travelling in Paris, I suddenly saw these two sitting in front of me. They had no smartphone, they were reading!! Remember…? those white sheets with printed text on them, which you can’t scroll… as the ones on a screen…

Is the book better than the smartphone? In a way it’s the same… each one remains in its own world. But with a book you cannot easily switch to another story, you need more concentration, and sometimes – when reading a good story – you can build the images in your head, instead of receiving them on your device. You can improve your imagination.

So … is it the same as a smartphone after all?