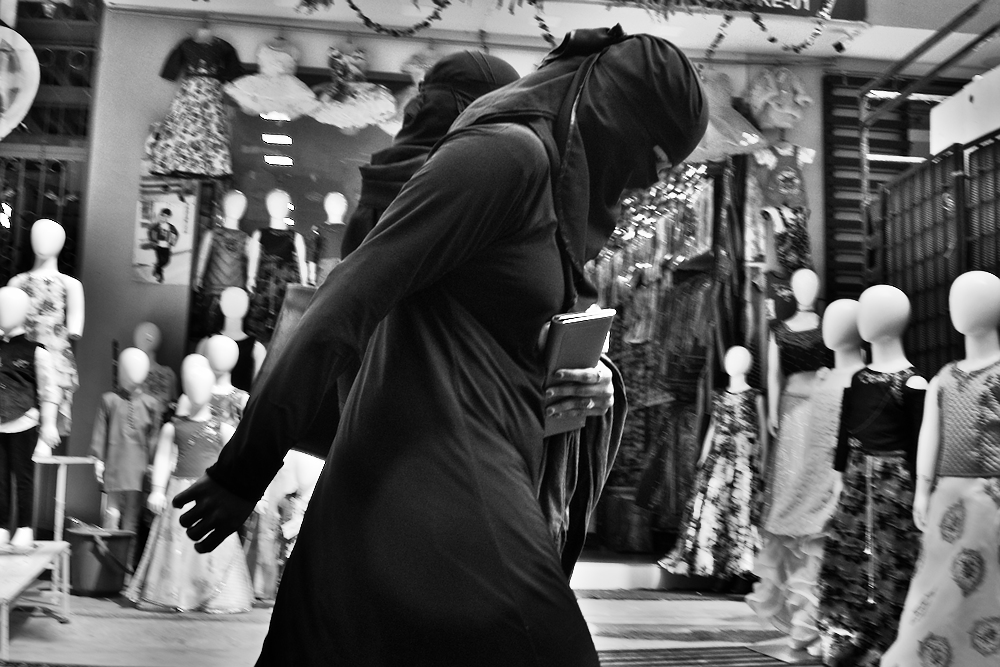 Unveiled or veiled? The dummies have no face, and the two women walking just in the middle of them have their face hidden. Some are all white and the others wrapped in black, but the result is quite the same. The face is hidden, but the intention may even be more than this, to also hide the forms. In the end It feels as if the essence of humanity itself is being hidden.

I know that some relate to religious freedom, and others to tradition. I am sorry but I don’t buy it. I can’t understand and consider that, by hiding from the eyes of men, a woman could preserve her integrity, her dignity or her spirituality.

I believe that our higher dignity resides in our ability to act as human beings with moral and ethic. This is something to try and reach, to fight for. It is a challenge. And once one achieves it, he or she should spread it to the world, when the best, if not the only way to transmit it, is by personal example. It means that one would need to accept being seen, being transparent, if I may – to appear nude (it’s an allegory) under the sun for all to see what has been achieved.

Those who really have a treasure to share should not hide it. Those who hide something are often trying to hide emptiness.