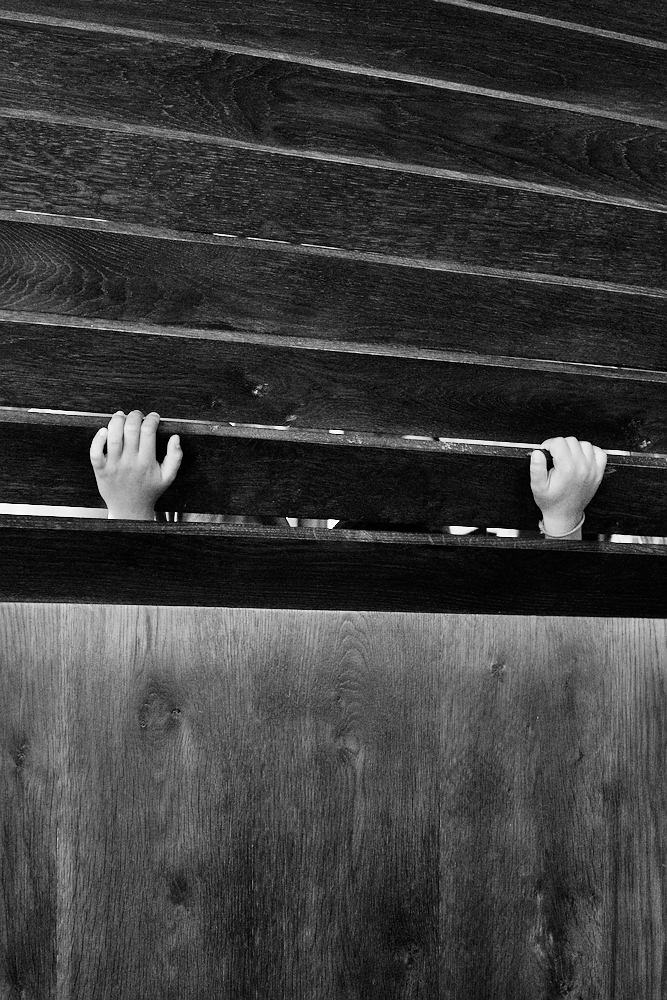 There’s a fine line separating between Imagination and Fantasy and this distinction is not always understood properly. An image like this, opens a space for both of them.

Looking at these hands emerging through the wooden shutter, we automatically try to complete the picture and “see” in our mind the person to whom those hands belong to. Most people will probably picture a child… but why? We don’t have any point of reference here, to measure the size of the hands against… and some adults have small hands too.

Maybe we imagine a child because it seems like a game and it’s more probable to see a child playing, than an adult. But couldn’t it be an adult who is just stretching his or her hands? It is possible…

The question remains: by completing the picture in our mind, are we activating our imagination or just fantasizing? It’s hard to say and in this particular example, I don’t have a precise answer. I believe some of us would be imagining, but perhaps not all of us.

What is the difference? I consider imagination as the ability to “represent” – either through ideas, sounds or visualizing shapes – a higher state of reality, which – because of its higher nature – is neither perceptible to our intellect, nor to our sight and hearing.

Imagination is traditionally linked to Intuition; To the possibility of perceiving the big picture and making it accessible to our mind. It is bringing the whole, the objective, to the partial.

Fantasy is just the opposite. It is to ignore the reality and emphasize our own subjectivity, our desires, our illusions…. and try to see them as the reality. It is bringing the partial, the subjective, to the whole.

Thus imagination is, obviously, worth far more than Fantasy. Imagination allows us to recognize our own subjectivity and slowly get rid of it by a long process.

Imagination allows different people, from different cultures, to establish links around the same reality. It emphasizes the Union.

Fantasy will, first and foremost, show in the differences and keep one limited to his or her particular mental perception.

It is not a new definition, and many have said this before and better than me. Remember Lennon… Imagine a world without war, without fear… Imagine.