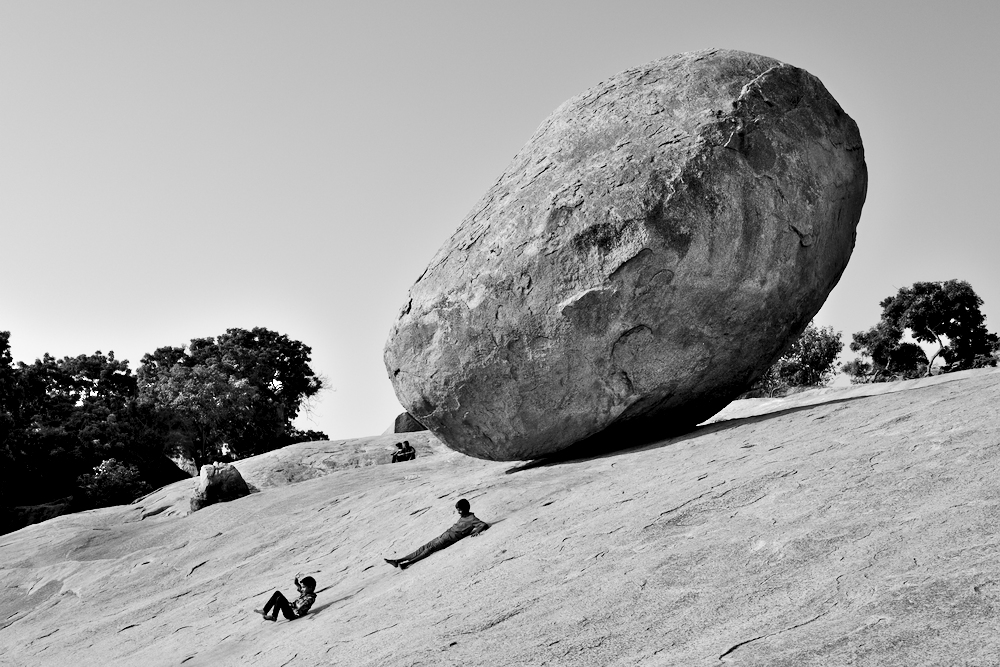 Keeping the centre means not letting ourselves be influenced by external and internal circumstances.

It means not allowing our emotions and our opinions – both always subjective – to take control of us. Intelligence and Imagination should prevail. Intelligence is not opinions, it is discernment.

To do so, one has to be in his centre and fight to keep the centre, not to move away from it, even if everything inside us and around us tends to initiate a movement. Like the rock in this photograph. It will not move… even against all odds.