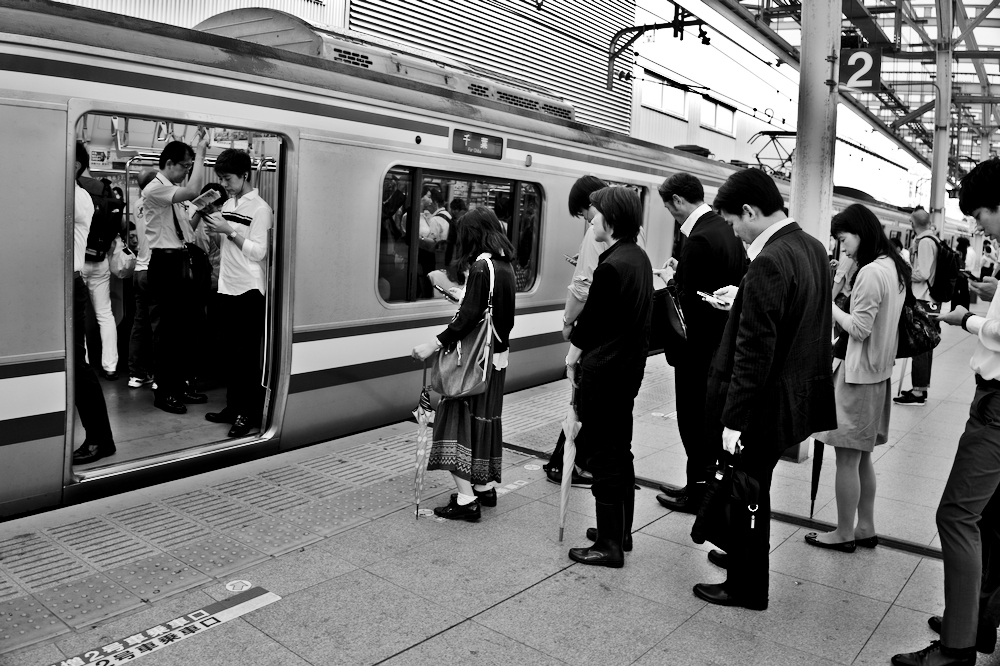 Nunchi is a Korean word… and this is a photograph from the Yokohama train station, in Japan. I know… I am cheating. But I don’t know the Japanese equivalent word for “Nunchi”. What I do believe, is that more or less the same concept exist in the Japanese culture, so… I allow myself to use an image from Japan and a word from Korea.
So what is “Nunchi”? In english it could be translated as “harmony”, but it is more than that.

It is, in a way, to not manifest one’s individuality, because any personal opinion and emotion could break what appears as a collective “status-quo”. Nunchi is present when all comply with the collective norms, when there are no apparent conflicts or oppositions.

The goal is fine, to protect the collectivity, but repressing the individuality results, in fact, in an internal and invisible conflict. So I wonder…it seems to me that between giving priority to the individuality as often done in the westerner education, or giving priority to the “Nunchi”, the real harmony resides in a balance, in the middle path between the individual and the collective. The Path of the Middle is often the best solution. It is also the philosophical one.