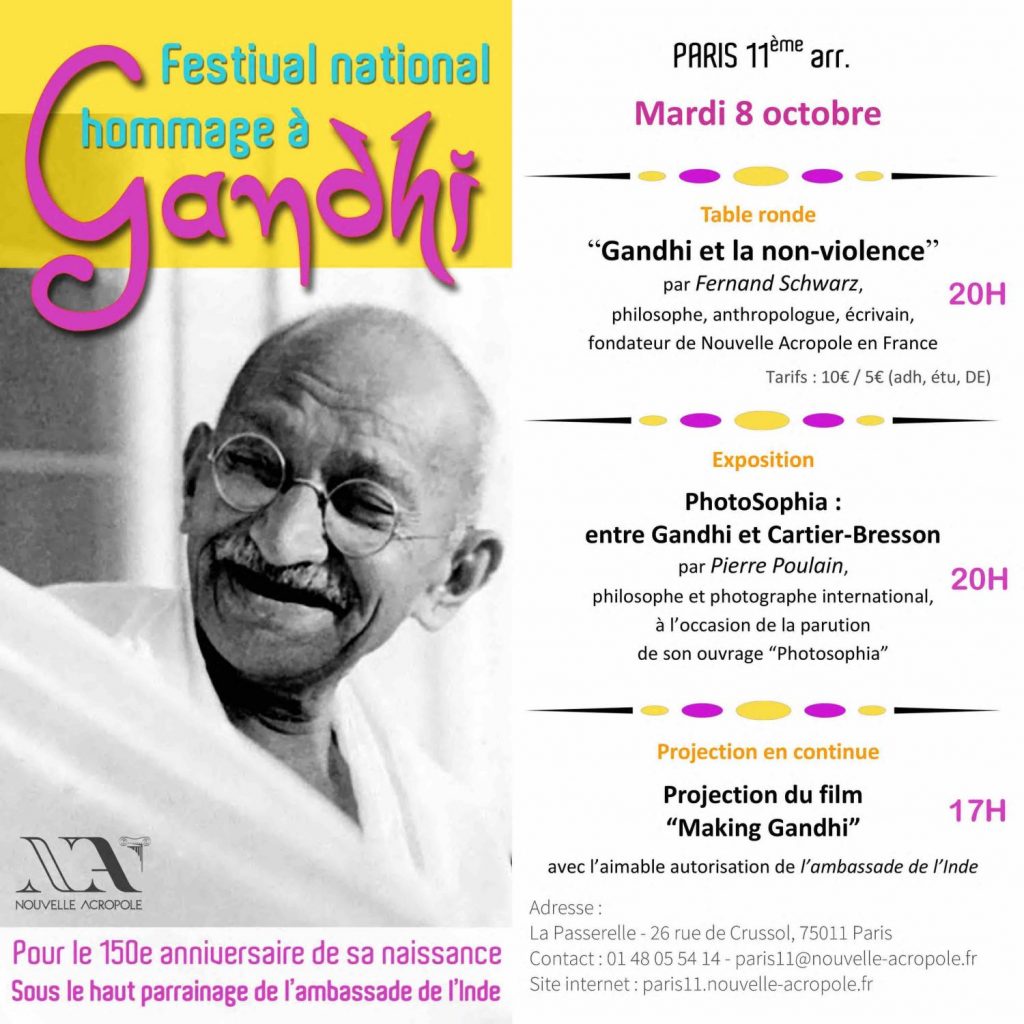 Now with subtitles in English !

On October 8th, 2019, I had the pleasure of giving a lecture in collaboration with Fernand Schwarz, at one of the Parisian headquarters of the “New Acropolis” association in France, in tribute of the 150th anniversary of Gandhi’s birth.

Fernando Schwarz elaborated on the Indian notion of Swaraj, self-governance, designed by Gandhi. I have identified five concepts that appear both in Gandhi’s political philosophy and in Cartier-Bresson’s photographic approach, who was also the last one to photograph the Mahatma during his lifetime.

It is about:
– Liberation through simplicity
– The search of the authentic
– Going beyond the limits of the intellect
– Do not project your ego
– Don’t be afraid.

At the end of the evening, we jointly inaugurated “The Olive Tree of Peace” in the presence of the Third Secretary of the Indian Embassy in Paris.