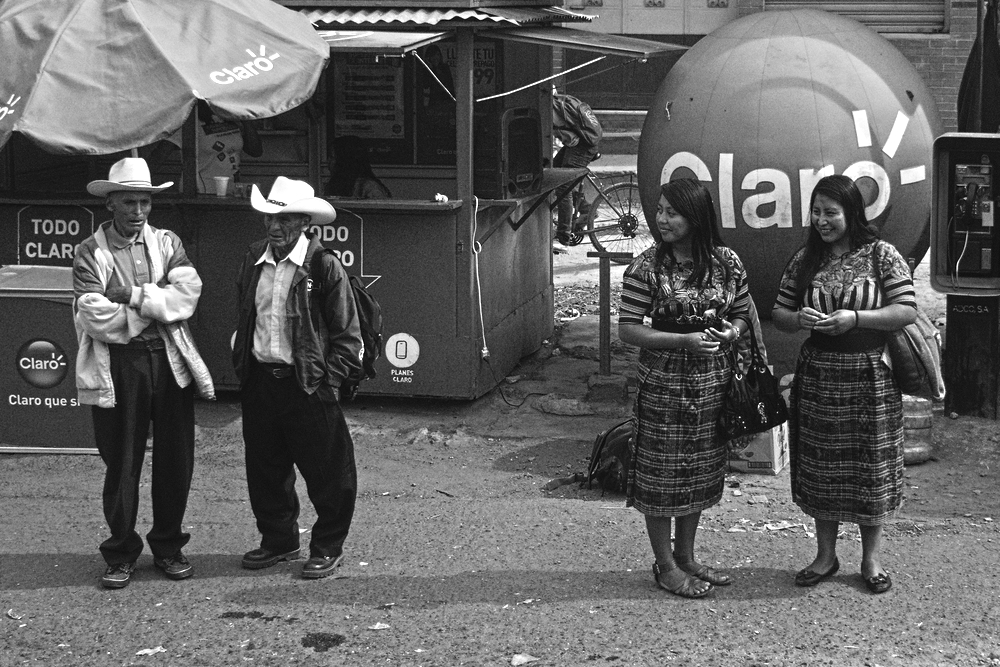 It is in the nature of our ego to act as if we were the centre of the world. As if everything and everyone was naturally related to us. We know of course that it is not the case, but do we always act in accordance with what we know? Of course not! It is also easier to identify with our limited self than with the entire humanity, and sadly, sometimes, even to forget that we are part of it.

But it doesn’t really matter, because willing or not, we all belong to the same humanity, and we unconsciously share the same values. It is, in a way, like following the same pattern, and that is what this photo reminds me: I want to believe that it is not on purpose that the two men on the left have the same hat and the same style, or that the two women on the right are wearing the same clothes.

Even the shape of the bodies is similar – look at the position of the women’s hands, at their smiles!

In truth, none of us are the centre of the world. We are all drops that together form the ocean and its pattern. Real freedom does not reside in “being different”, or “original”, but rather in understanding our deep nature and in identifying with it. It is the ancient “Know yourself”, which will continue to be relevant as long as humanity exists.