Encounter at the Museum 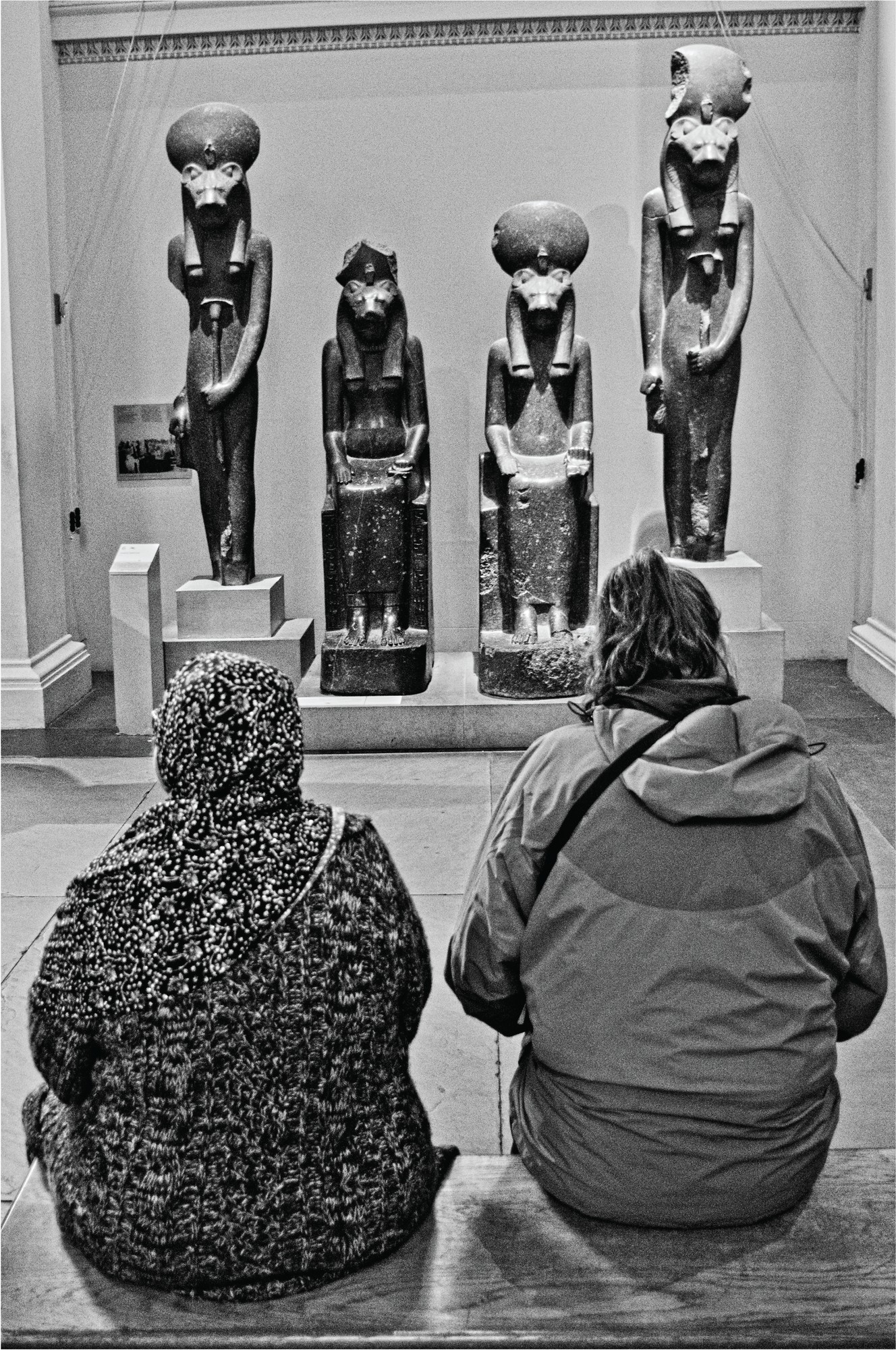 Encounter at the Museum

I captured this scene at the British Museum, in London. Two women were resting for a moment during their visit of the Egyptian section, facing four statues of Sekhmet, one of the best known Egyptian goddesses.

It seems as if delegations of two different cultures were meeting and each was waiting for the other to make a move, in hope of engaging in an awaited but quite improbable dialogue.

Rationally speaking, the difference of essence between human beings and statues is so obvious that it should be strange to expect any exchange between these two.

But we should also take in account that the statues, as pieces of art, emanate something universal and not limited to the specific culture to which they belong. A piece of art is always a temporal manifestation – in a specific cultural environment – of archetypal BEAUTY.

Beauty belongs to humanity, not to any particular civilization. Truth, goodness, and justice are also atemporal and universal values that will not be affected by distance in time and space. Thus, through art, we can imagine a possible subtle dialogue that may occur between an ancient Egyptian goddess and two human beings from the 21st century.

It also means that if the many components of humanity share the same universal values, there will always be hope for establishing a real dialogue between people from different cultures, traditions or religions.

Paradoxically, it seems easier to build a link through centuries and space than between people sharing the same time and space. But easy was never a purpose in life, and we should aspire to do what is just and good and to approach truth. The need for this can be activated and awakened by the contemplation of beauty. That is the power of art.