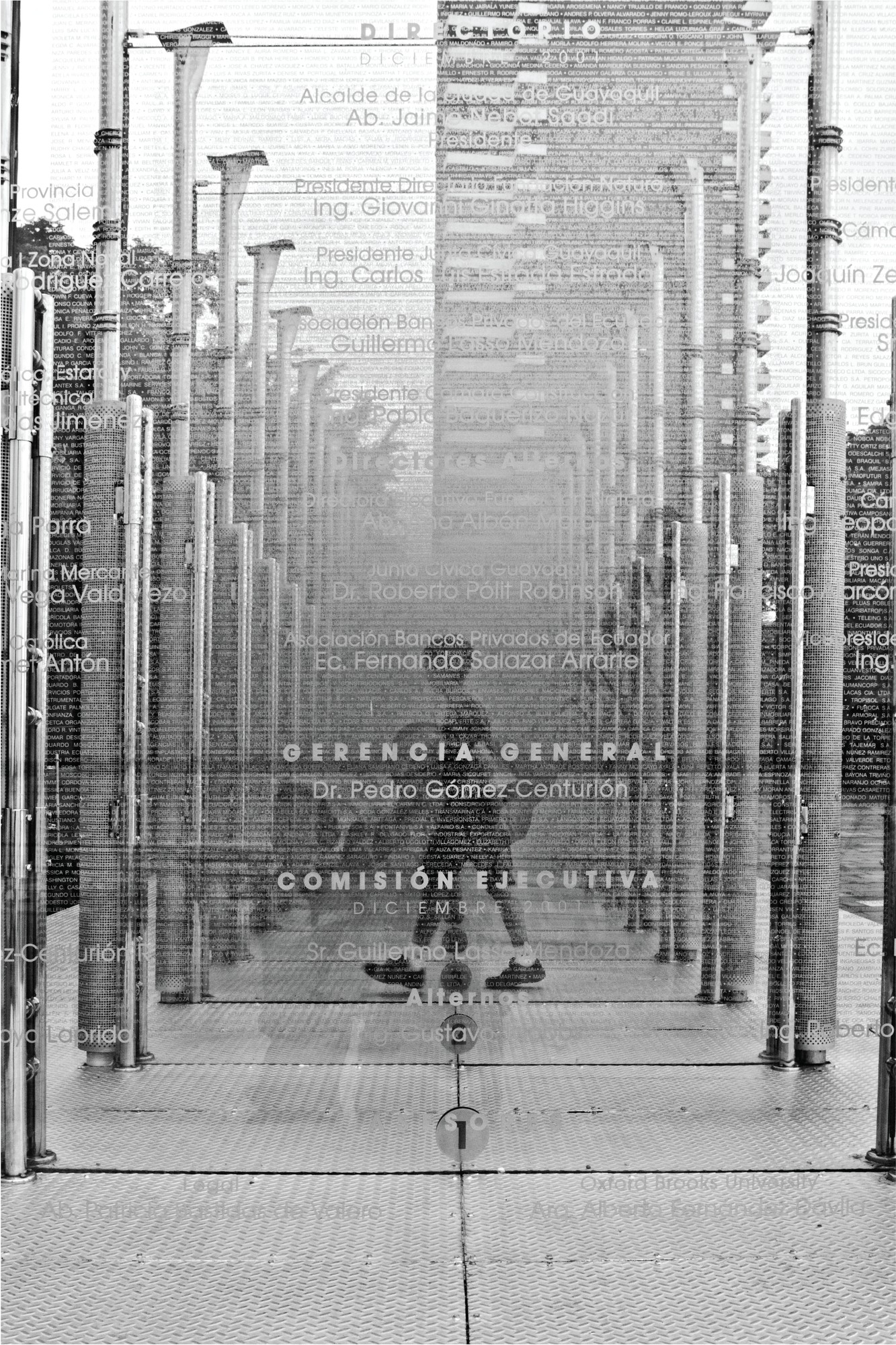 A child is passing between transparent panes at the “Malecon”, the promenade along the Guayas river in Guayaquil, Ecuador.

It seems to be another “decisive moment”, the child caught in movement exactly at the center between the panes, creating a nice symmetry in the image. The first thought that comes up to mind is that a few seconds earlier or later, the child would not be there.

But from a wider perspective, I can’t avoid seeing in this child a symbol of our humanity. Something which – I hope – will last for many centuries and millennia.

The panes, on the other hand, are just there to show the names of the political and financial powers who have taken part in the renovation of the “Malecon”. As these powers are all temporary, they will obviously vanish long before humanity does.

A photograph may reveal more than what may seem at first glance. There are different ways to read it as a symbol, because it has several layers. As the French writer and adventurer, Antoine de St Exupery, wrote in “The Little Prince”, what is essential is invisible to the eyes.

The artistic and philosophical presence in a photograph is never found in the visible layer. We need to go deeper, to dare enter the invisible realm, in order to reach it. There, at the heart of the image one will find a different meaning. But to perceive it, one must conquer the center of one’s own labyrinth and fill it with light. We must walk in the steps of Theseus, whose axe becomes a torch after he kills the Minotaur, in the Minoan Myth.

The Minotaur is the part of ourselves which does not allow us to spread our wings and act as real human beings.

Killing it allows us to bring light into the darkness, thus to see the invisible, to be free from the illusions of the cave, the illusions of impermanence. At that moment the green panes become transparent and all that remains is the child, the future of our humanity.