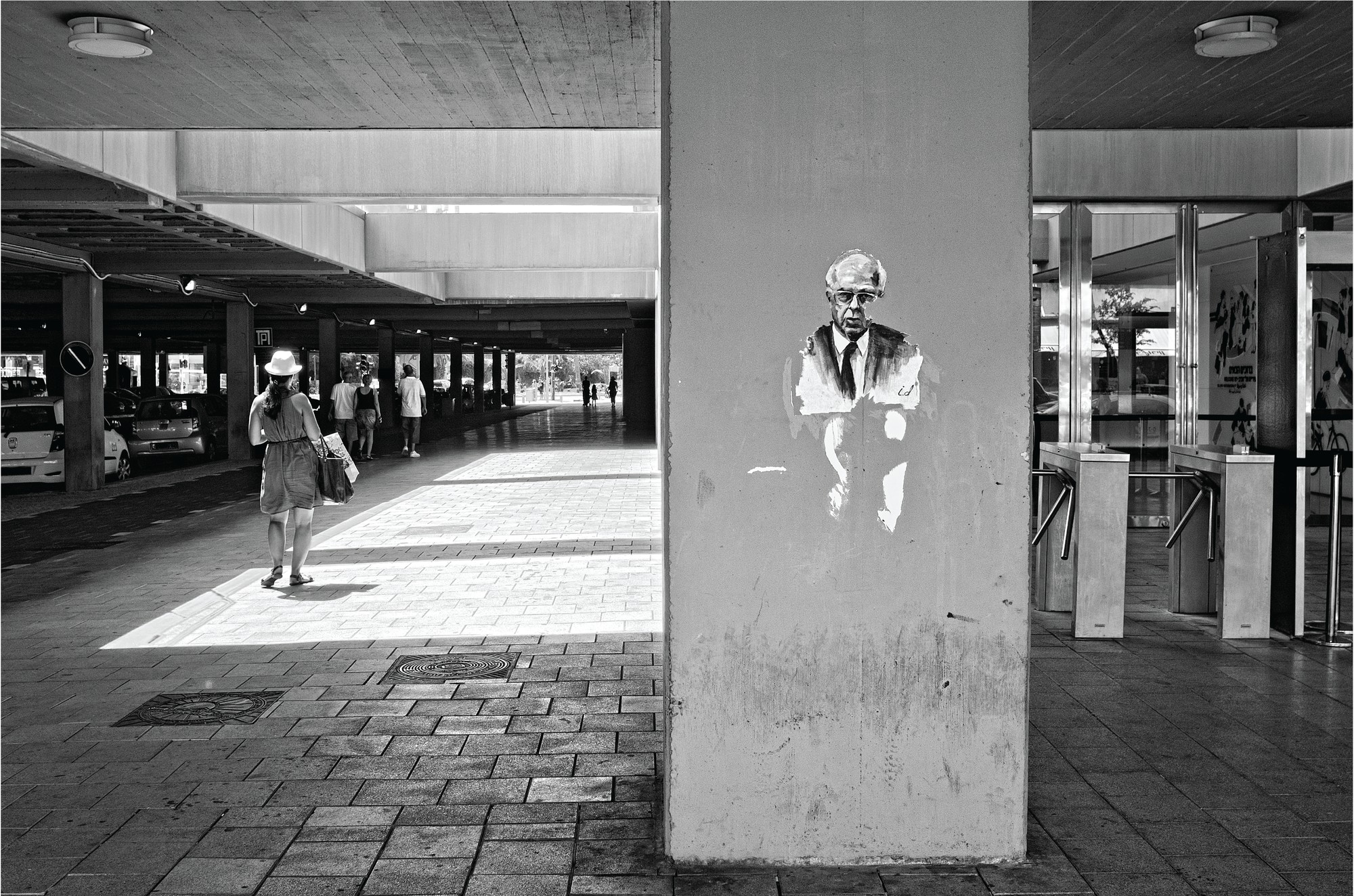 When Itzhak Rabin was assassinated, I was in Tel Aviv, watching the television. I remember the shock we all experienced. It was difficult to accept at the time, and it was even more difficult later, in view of the consequences.

Without doubt, the saddest thing is to witness, over the years, the disappearance and gradual forgetting of his heritage.

Like this fading portrait of Rabin, at the entrance to the Tel-Aviv Municipality building, close to where he was shot, the memory and the spirit of those years are slowly but irremediably being wiped off. Each year they less and less remembered. How many years will pass until there would be total indifference?

Does this mean that hope can die? I don’t think so. Studying history, it is easy to notice the cycles that every civilisation has gone through. There are “Golden Ages”, like in the epoch of the Library of Alexandria or the European Renaissance when union prevailed over separation and people from different cultures and religions knew how to live together in mutual respect. Those were epochs when the arts, science and spirituality reached their peak.

And there are moments of darkness, so called “Dark or Middle Ages”, when egoism, separation and fear defeat human values. In those times humanity shows its worst side. Today, sadly, we are not living in times of tolerance, intelligence and enlightenment.

History teaches us also that evolution proceeds by cycles. Just as day follows night, and summer comes after winter, light comes after darkness and periods of separation and intolerance alternate with moments of union and consciousness.

I believe in time, nature and evolution. According to an ancient story from the East, every year the spiritual and political leaders of humanity are summoned, at a determined date, to a secret place near the Himalayas by the one known as “Sanat Kumara” – eternal youth – who asks them whether Humanity is ready. Ready for what? Apparently to act as humans should, to be conscious of what being human means.

Their answer is, invariably, “no. humanity is not ready yet”. And, invariably too, Sanat-Kumara gives humanity “one more year” to change.

As I said… history advances in cycles. Does it mean that the darkness of our times will vanish in its turn like Rabin’s portrait? Maybe. The cycles do not depend on us, but what does depend on us is to choose- between waiting passively for the new cycle to come, or to make it come sooner.

We may be in the heart of the darkness, but in these moments exactly, the light of a single candle can make a huge difference. These are the moments when every man who has good will and efficiency, can make a difference.

If I am not mistaken, Rabin was heard quoting this line from a song: “don’t say ‘the day will come’- make it come!”. If that is not meant for us, then for whom?