The Angel of the Pyramid 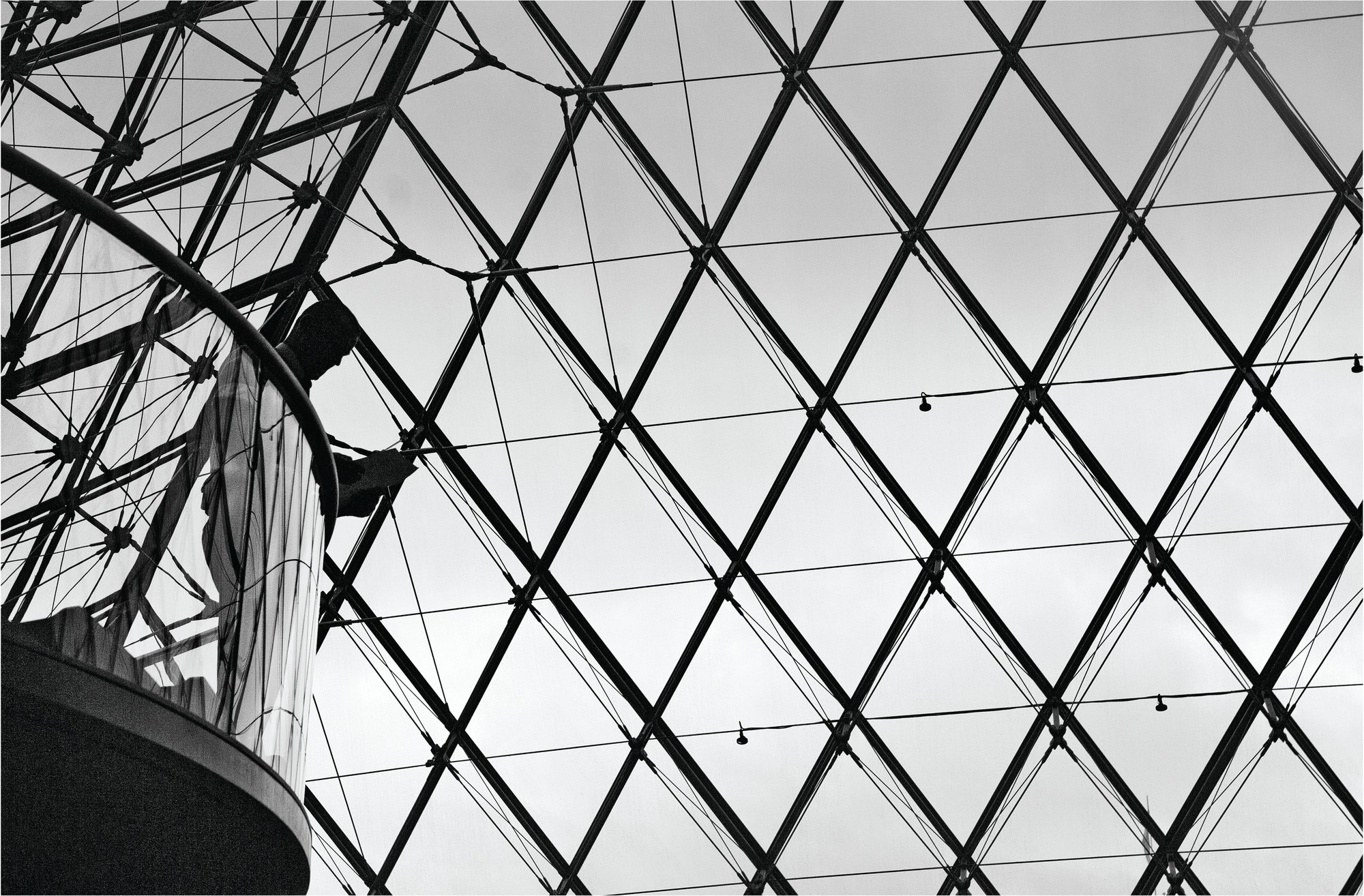 The Angel of the Pyramid

The Louvre Museum is one of the most famous museums in the world, and indeed, you can see some very unique collections and artworks there. Its pyramid, built at the time of president Francois Mitterrand, is also quite famous.

The guards of the museum however are less known. One of them appears in this photograph which I took from inside the pyramid.

He is watching the crowd from above the main entrance hall of the museum. The light reflected on the Plexiglas, together with the light in the background penetrating the structure of the pyramid from the outside, make him seem not really like a guard, but more like an angel. Well, I guess we could say a “guardian angel”.

I took this photo, but to be honest I didn’t see this “angel” when I pressed the shutter button. I don’t even really know why I decided to take this specific picture. It’s as if the decision was not entirely mine, as if I only answered a call coming from far beyond my personality.

We often identify with our personality, but is it really us? The word personality comes from the Latin persona which means mask. But if the personality is our mask, then who are we? Logically, we should be the one behind the mask, and discovering that one, learning to know it, and to identify with it, was the original goal of philosophy.

The motto “Know Yourself” was inscribed at the Temple of Apollo in Delphi.

To do so, the mask must become transparent, and then the “real self” begins to act, to feel, to be in control. It is this “other self”, as Plato would say, which many cultures and philosophers link to art, to truth, to good and to justice.

This deeper part of ourselves is not moved by opinions but by intelligence. It does not “like” or “dislike”, but responds to beauty when it encounters it.

If that is so, then the artist would be the one capable of seizing the essence of beauty and manifesting it through an art work, be it in sound or form, a poem, a painting, a sculpture, a symphony, a photograph, a dance or any other thing.

The important thing is not the medium used to manifest the essence of art or the archetype, making it visible or audible to all. The artist himself is – at that specific moment – the deeper, invisible, and I would say “spiritual” self (in a non-religious way), and not the personal mask of our subjective opinions.

It is easy to express our opinions. While people may like them, they will never be art.

We are all capable of producing art but to do so we must first leave behind our limited personal opinions.

No opinion is universal. Art is.