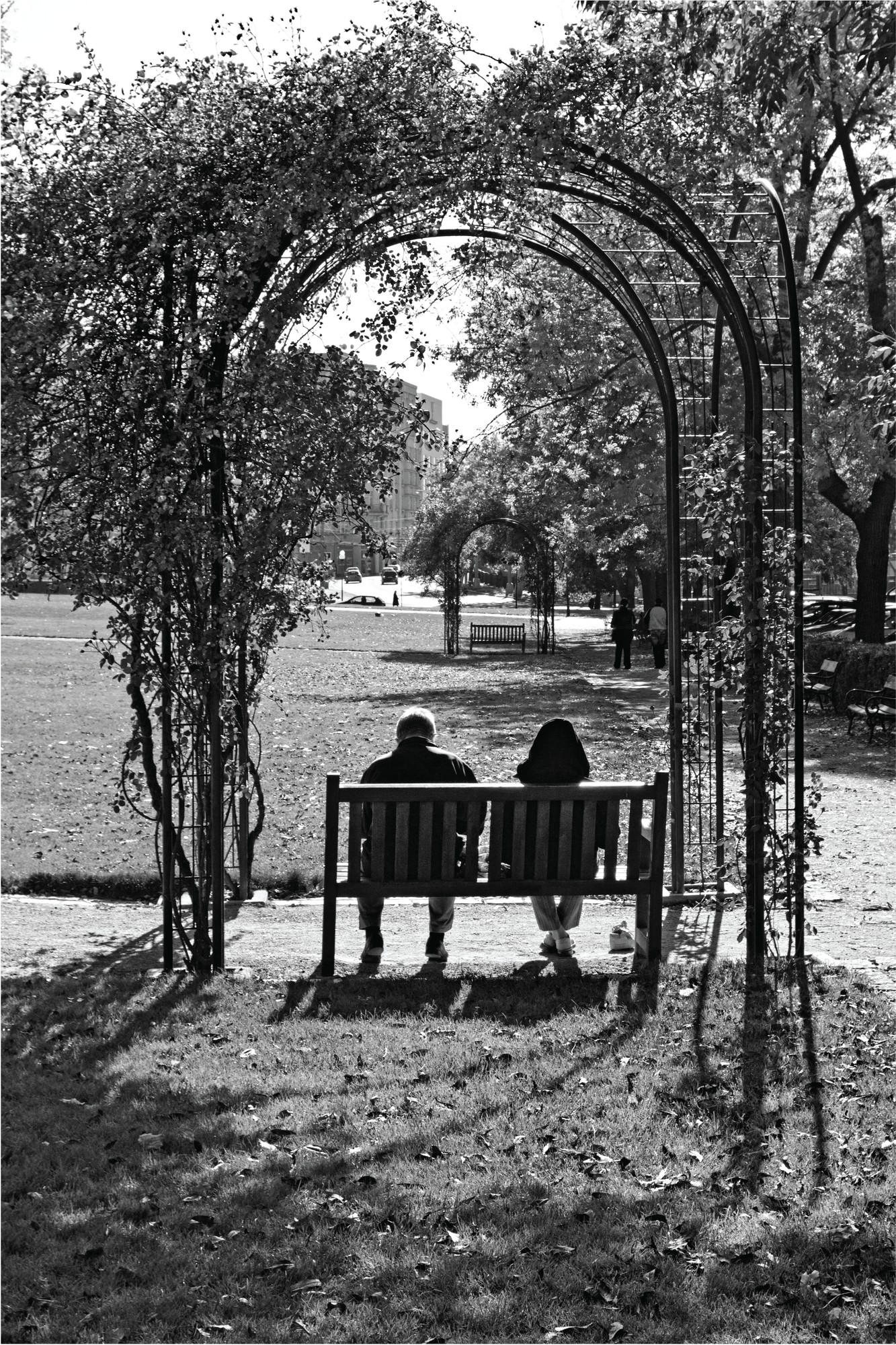 There is a couple sitting on the closest bench. They seem to be an old couple. Further away, in the background there is another bench…an empty one. The other bench seems to be the exact reflection of the first one, it seems to be same bench, surrounded by the same leaved arch. The only difference is that it’s empty. Just as if it was the exact reflection of the first, but without the old couple. Maybe they are very old, maybe their time has come, or will come soon, and the other bench could be interpreted as an image of the near future. The bench would still be there, but they won’t….

Do we know when our time will come? Do we have that intuition, that perception? And if we had it, how would we react? When the moment comes, each and every one of us will react in their own particular way, depending on his or her conception of life, and death.

We fear death because we see it as the opposite of Life. We fear it so much, that we have banished it from our everyday life. We don’t easily talk about death, and when death visits a close person, we say we are sorry for the loss it brings.

But what if we could consider death as part of a “greater life”- instead of as the annihilation of this life? What if life and death were just two facets or two sides of a great cycle of life? A cycle which is always the same in essence but which changes in amplitude, just like exhalation and inhalation, day and night, summer and winter.… perhaps it is so as well with life and death?

This brings us closer to the ancient concept of reincarnation, as it was taught and accepted by many traditional cultures. This concept teaches that life is one and infinite, that it proceeds by cycles, which their sole purpose is the expansion of consciousness.

If it is so, then there is really no need to fear Death. Can we prove it? I don’t think so, at least not in the way we understand scientific proof today. But is it really necessary to prove everything?

Anyway, when my time will come I hope I’ll remember the words of the Roman philosopher Marcus Aurelius who recalls that there is no need to fear death because death takes place in accordance with the laws of nature, and there is nothing bad in nature.