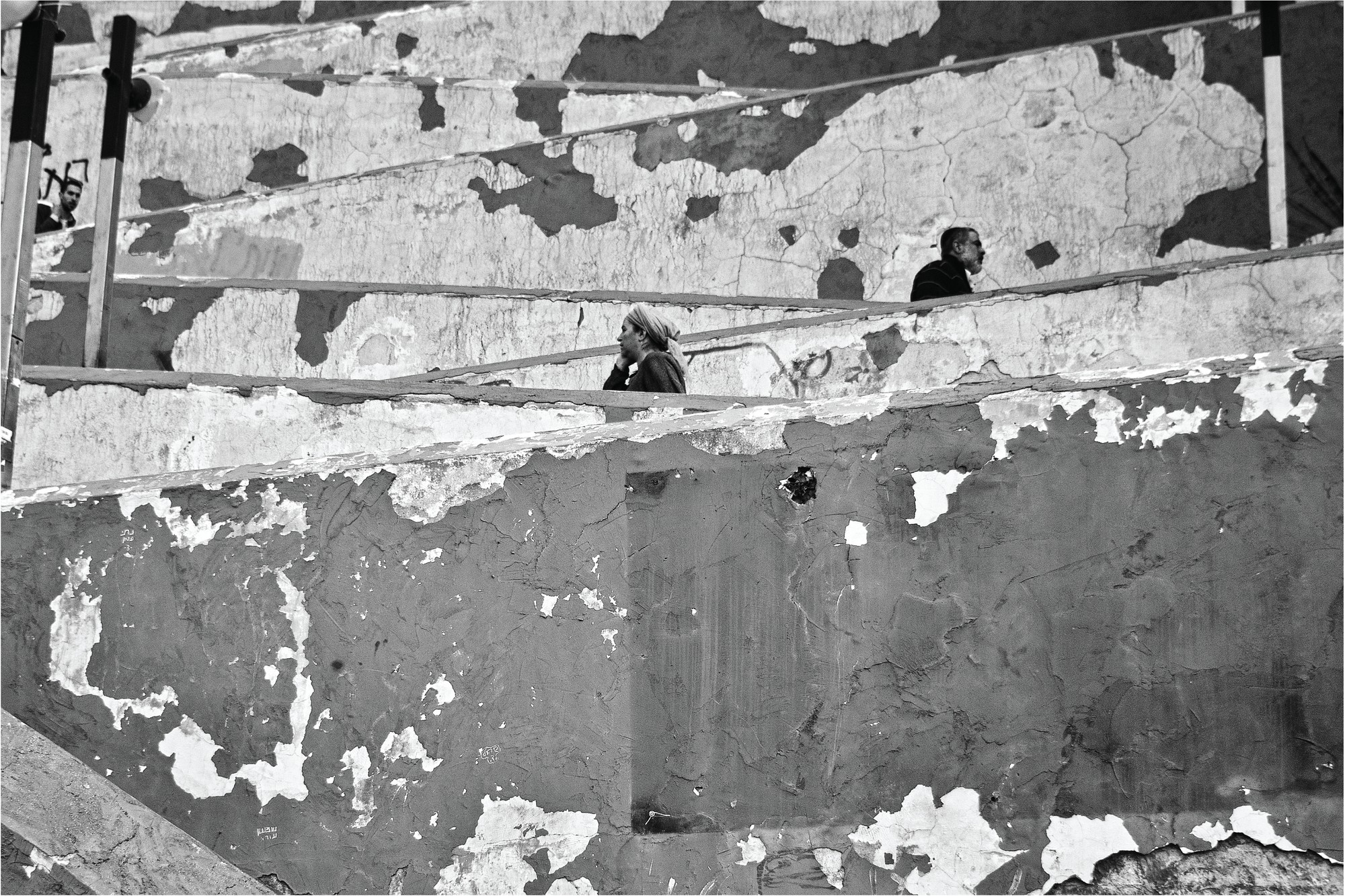 At first glance, the woman and the man in the picture seem to be walking in opposite directions. But when we look closer, we realize that they are walking on the same solitary path.

There is only one way to climb this hill, which is located at the city of Safed in Israel. Everybody needs to walk on the same path because there is just no other option.

I believe it’s the same with humanity: we think that we all have our “own way”, our specific way, and that we don’t need to take in account other people’s way. But we are wrong. Since we are all part of the same Humanity, we obviously share a common destiny.

On a physical level we share the same planet. Some selfish politicians, however, who only have a short-term vision of the future, prioritize their personal – and usually financial – interest at the expense of humanity. I can’t believe they neglect to face the climate challenge and work towards preventing a global crisis in which there are no winners, only because they are dumb. But maybe I am too naive….

On a moral and ethical level, we share the same essence as human beings. We all belong to the same humanity. Of course there is a divergence of opinions, ideas and feelings, but in essence we are all drops from the same cloud and the same rainfall. Each drop fell in a different place on Earth, some on a mountain and some in a valley, each appearing to follow a different path, but at the end the goal is the same: all the drops will eventually dissolve in the same ocean.

How shall I put this in a practical manner? We may seem to belong to different races and nations, we may be Caucasians, Africans, Asians or interracial; we may be Jews or Arabs; we may identify with one gender or another; but none of those identifications and identities should overshadow our higher, essential and fundamental identity: we are human beings, we belong to the same humanity, and we share the same destiny.