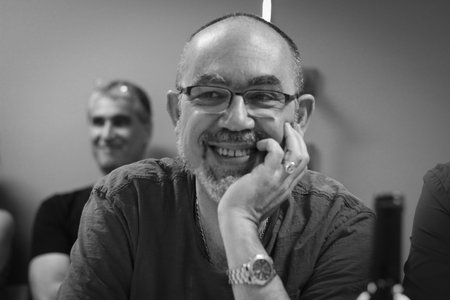 I had begun my adventure with Photography at the age of 20, in 1976, in France. At that time I was practicing Street Photography during the day, working as a taxi driver during the night and as an assistant to an Advertisement Photographer during the week-ends. All that, in order to make a living in Paris.

Four years later, I had to make a choice between Photography and Philosophy and so I decided to go with Philosophy. I never stopped “shooting” with a camera, but during the next 29 years, I practiced Photography more as a “devoted amateur” than as a professional. In 1986 I relocated to Tel-Aviv, Israel, where I founded the local branch of the New Acropolis school of Philosophy. About twenty years later, in 2008, I made my way back to Photography adding to it my Philosophical experience.

Philosophy for me is what reveals the meaning of life. Art is the way I have chosen to approach this meaning. The camera is the medium I use to capture the hidden beauty present in life, all around us, and my photographs allow me to make this invisible beauty visible and to offer it for all to see.

This specific combination of Philosophy and Photography is also emphazised in the blog I maintain, called the “PhotoSophy” blog, as well as in the album-book also called PhotoSophy and in an exhibition with the same name, which presents twenty one prints and which is currently exhibited worldwide. 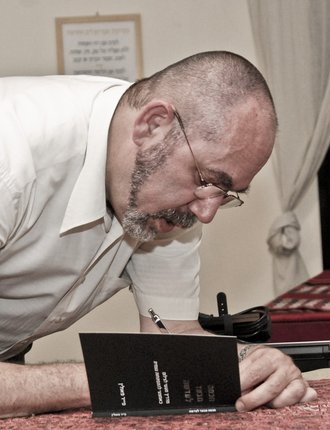 All those “PhotoSophy products” – the blog, the book and the exhibition – are, like this website, presented in four languages: English, Hebrew, French and Spanish.

As a Street Photographer, I use the technical aspect of the camera as an instrument for expressing my philosophical vision and way of life. Thus I use minimal equipment: a single lens (28 mm) full frame camera. No flash, no tripod and no artificial effects…. just a transparent UV filter to protect the lens. I always shoot in “Manual” mode, which leaves the technical decision to the photographer, and not to the software.

I believe that the technical aspect should be as “transparent” as possible, as to not conceal the essence of the picture. This means that mastering it is essential, because only then the technical aspect can be forgotten. It is the only way the photographer can focus his feelings and intuitions on his art.

A picture is much more than the way a person can describe it. The most important thing in a picture is invisible. It is an emotion, a sentiment, a nostalgia, harmony. For me a good picture does not reflect the subjectivity of the photographer. It captures the state of a particular moment – the moment in which the photographer chose to close the shutter – and this moment is chosen because the photographer recognizes it – consciously or not – as a “Decisive Moment”. I mean that the most significant thing is not that the picture was taken at a certain moment and a certain place, but that this picture is able to transmit a specific quality of life, either through harmony, beauty, or any other high and profound sentiment.

This is the way I understand Art.

Thus, being a photographer is for me a Philosophical way of life, and each picture taken is a spiritual experience – not in a religious or mystical sense, but in allowing me to approach beauty, which, following Plato, I consider as being an aspect of the Truth.