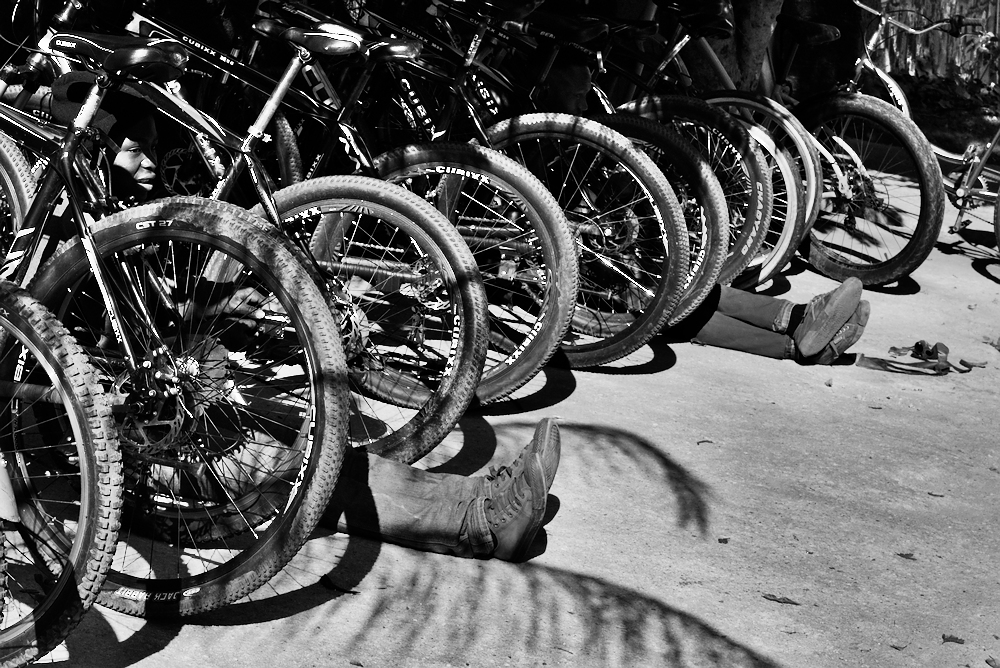 At the beginning of May, in Soweto, South-Africa. Two men were working on bicycles, and I captured them when they both were lying on the floor, because for them it was the best way to reach the part of the wheel which needed maintenance.

I am not sure they were aware they were repeating the same shape – not exactly the same, as the feet of the second man are crossed – but the situation attracted my attention. I was just thinking… we like to believe we are unique, but we have so much in common with many other people, that we indistinctly repeat the same shapes and attitudes. I believe we also share the same needs as all of us are part of the same humanity.

Culture and education change this, and freedom of choice also, of course. But at the end, deep inside, we may just be different particular instances of the same. Just like drops belonging to the same ocean.