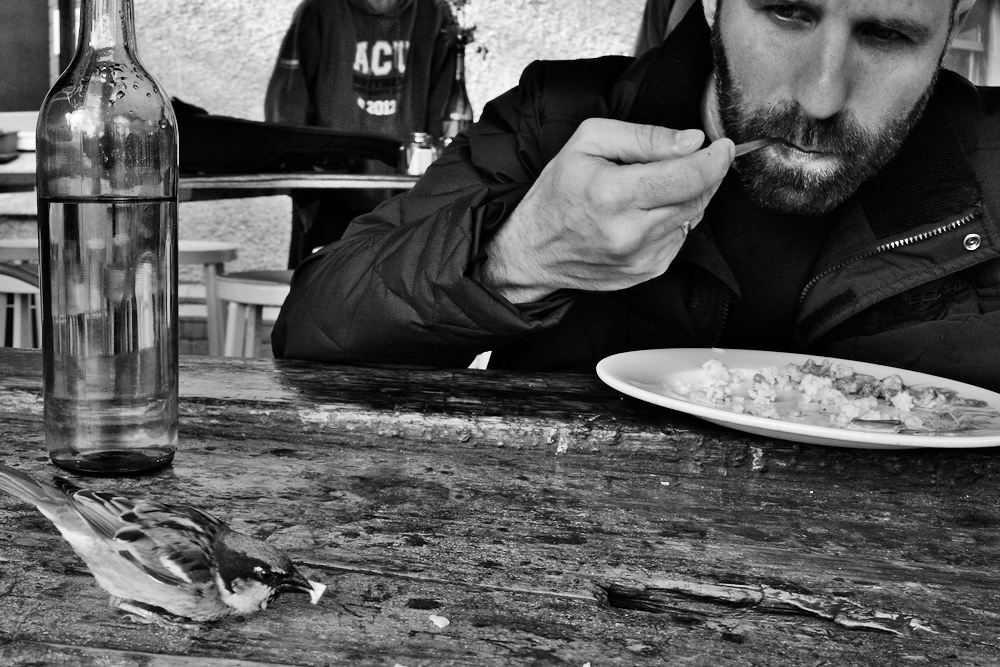 Holistic cultures, like in Asia nowadays – and traditional cultures in general – share food in a more natural way than westerners.

In Korean restaurants, for example, you usually order one dish per table. The meal is traditionally cooked on a heat source set in the middle of the table, and everyone eats from the same pot.
Sharing a meal is a nice way to say “we belong to the same…” -to the same culture, to the same humanity, and we are able to understand each other.

It is not unusual in those cultures, that one is offered a cup of tea or coffee before talking business. In fact, you will be offered the opportunity to share, thus proving that you are open to communication, as a prerequisite to any further discussion.

Sharing is about establishing bonds. Sometimes these bonds may transcend the boundaries of humanity…. as in the image above, where the man is sharing the meal with a bird. After all, we are all living creatures, and we share the same world, the same planet.