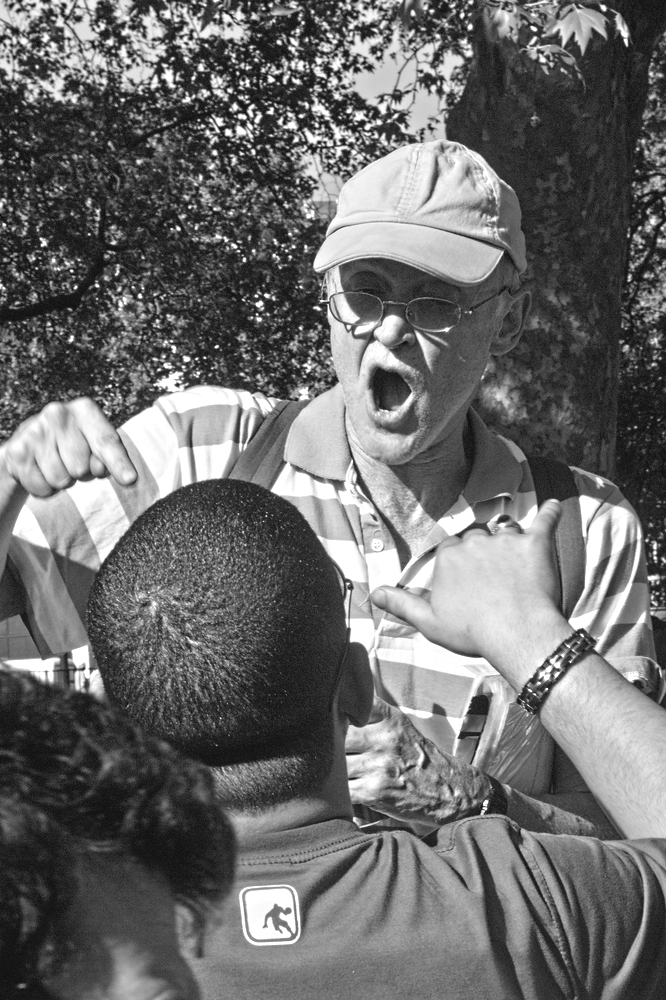 In London’s Hyde park, there is the famous Speaker’s corner, where anyone can stand, anytime, on a chair… and speak freely. Well… at least in theory. The practice sometimes reveals a different reality, because when the speaker’s ideas differ too far removed from the public’s opinion, some will oppose him and will not let him speak.

When one is speaking, the others should listen. After having heard the speaker’s arguments, the listeners should speak and engage in a constructive dialogue. But nowadays people don’t listen- they shout. And sadly, this behaviour does not take place only in the speaker’s corner, it has become a kind of worldwide rule, a norm.

It’s enough to look at most of those so called “leaders” of the world. People act the way they act, looking to them to set an example.

People shout first and then listen…. but then, there is nothing left to listen to. When you shout… you “shoot” the dialog “dead”.