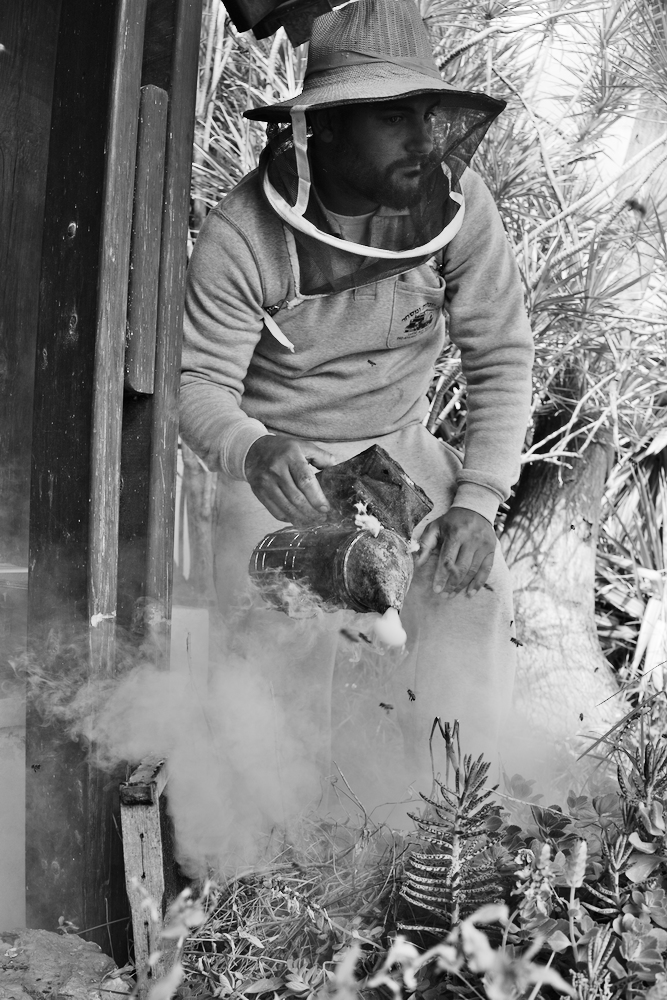 For most of the world “Winter is coming”, but now and then, where I live, Spring is coming, and with it- bees. Bees need to be cared for, they are important for maintaining the balance in nature, and our way of life is killing them. They are disappearing, but they have decided to come to my house. It seems nice and romantic, but when you wake up with a hundred bees inside your bedroom and office, well, I must say it’s a little less romantic.

So this guy came, he deals with bees. He cares for them. He prepared a new home for them, made them get out with smoke – not pesticides – found the queen and moved her to the new place with his bare hands… amazing. All the process took about 72 hours, until the bees were settled in their new home.

For a moment he was covered in bees, and I asked him why they don’t sting him ,and he answered that he spoke to the queen, and told her he is preparing a better home for them. So why should she be angry? Then he smiled, and I believe that if they could do so, the bees would have smiled along with him.

Then, the next week, more bees came and entered the house again…. but that is another story.