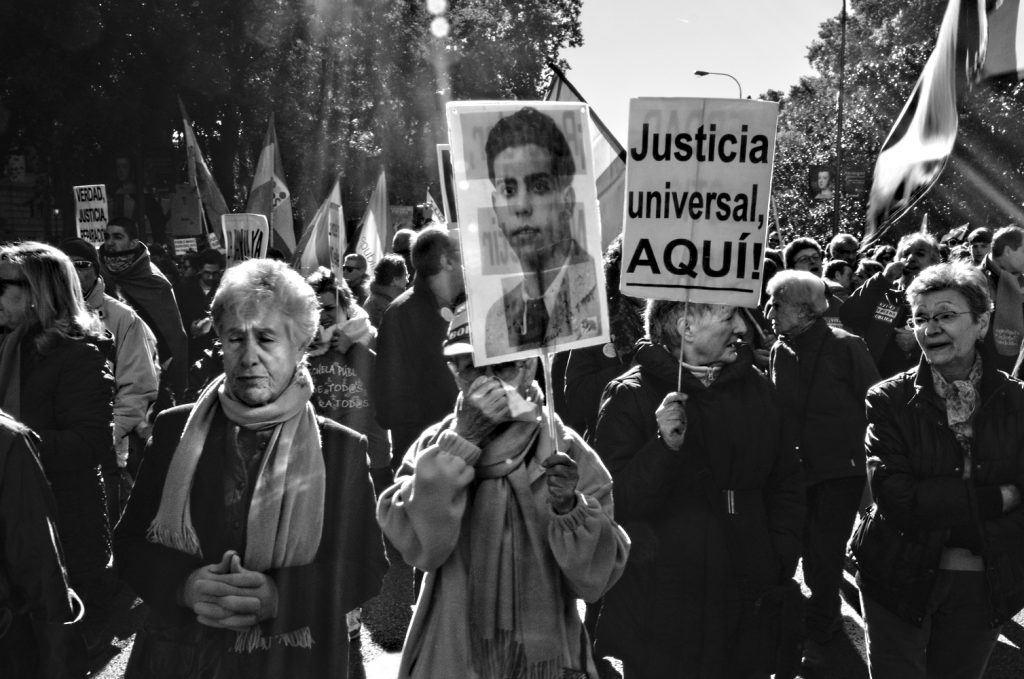 If there is such a thing as universal justice – and in fact I believe there is – then it should not be something that needs to be demanded in a demonstration, walking in the street. No human power, no government can provide it, because, well, they don’t possess it.

I understand Universal Justice as similar to the oriental concept of SvaDharma. Dharma is the universal law – the law of evolution, the laws of nature. That is, any law which we are all, absolutely and without distinction, submitted to, like the law of gravitation. And SvaDharma can be understood literally as a “Personal Dharma”, not in the sense of having to follow a “personal” (and maybe different) law, but in the sense of where we belong, where we can fit in this universal path of evolution which is the Dharma.

For example, we could understand the evolution of consciousness as the expansion of a sphere. At the beginning, the sphere is very small and can only include ourselves. Thus, our SvaDharma would be, being conscious of ourselves and to act accordingly. This is Justice. But when the sphere grows, it starts including more people. He who is conscious of the needs of other people should manifest this consciousness in his actions. This is Justice. And if we can imagine that one man could approach the consciousness of the entire humanity, then he would be able to show the Path to all. Of course, they are the few, especially today, as it seems.

Nevertheless, universal justice is available because each of us has his own SvaDharma. We only need to have the courage to find it and to follow it. Not ask for it to be offered to us by … I don’t know who or what.